Research in the Lister Lab 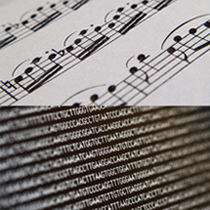 Essentially every cell in the body of a complex animal or plant contains the same genome sequence, the same cellular blueprints. Yet despite harbouring carbon copy DNA sequences, the cells comprising an organism display astounding variation in form and function. Underlying this vast complexity are mechanisms by which eukaryotic cells can selectively alter which subsets of the information encoded in the genome are actively transcribed, thus executing distinct operational programs. Just as the fixed notes of a musical instrument can be played in different combinations, orders and strengths to create unique songs, different cells in a complex multicellular organism can produce their distinctive form and function by each expressing particular combinations of genes from the genome. Deciphering the multiple layers of regulation that control transcription is critical to understanding how complex eukaryotes develop and respond to their environment. 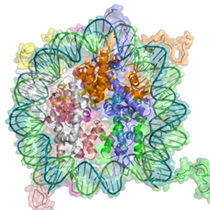 During development, discrete patterns of gene expression are established in different cell types that engender distinctive functionality, and these patterns are inherited by daughter cells without any changes to the genomic DNA sequence. But where does the information reside that enables this stable transmission of states of transcriptional activity? Recent research has revealed that much of this information is encoded in the epigenome, an additional code superimposed upon the genome, comprised of covalent chemical modifications added to DNA and the histone proteins around which it is wrapped. By modulating accessibility to the information encoded in the genome, epigenetic modifications can affect gene activation and repression to execute particular transcriptional programs and impart a heritable state of transcriptional activity. Within a cell, the DNA helix of the genome exists in a highly organized state, wrapped around histone proteins to form chromatin that can be selectively relaxed or compacted. Epigenetic modifications can affect chromatin compaction, enabling the cell to specifically compress a region of the genome, rendering the genes within it inaccessible to the cellular machinery, or can open it up to enable the regulatory and transcriptional machinery to access the DNA. It is now realized that in addition to determining the genetic complement of an organism, it will be critical to understand the epigenetic codes that govern where and when the genetic information is used.

DNA methylation is a central epigenetic modification that imparts an additional layer of heritable information upon the DNA code, playing central roles in cellular processes including genome defence, gene regulation, development, memory formation and disease. Revolutionary advances in DNA sequencing technology in the past few years now allow us to identify the sites of DNA methylation at single base resolution throughout entire genomes, and integration of these data with deep molecular profiling of the genome accessibility, histone modifications, and transcriptional activity. Fundamental questions remain regarding the processes that govern the establishment of these precise epigenomic patterns and how the cell interprets them to affect changes in chromatin structure and gene expression. These integrated genomic analyses are revealing unanticipated composition and dynamics in the epigenomes of complex multicellular organisms, and enable us to ask a wide range of questions.


Answering these questions is essential to understand how cells utilize DNA methylation within the genome, the mechanistic basis of its role in a multitude of biological processes, and development of molecular tools to target specific alterations to the epigenome. Below is some more information about some of our current research interests and technology platforms. 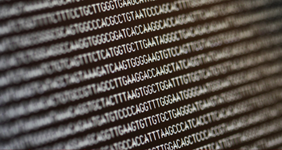 Although we now have the ability to precisely identify the many millions of sites where DNA methylation is located throughout entire genomes, we have only a limited understanding of how to interpret these patterns, and consequently how the cell interprets and utilizes this epigenetic modification. By studying the proteins that the cell uses to interpret DNA methylation, we hope to shed light on how the cell reads the methylome to affect specific biological outcomes. However, no comprehensive screens designed to identify proteins with methyl-binding activity have been performed, and while a handful of proteins known to have methyl-binding activity have been identified, their genome-wide activity is poorly understood.

An unbiased biochemical screen will be used to identify new methyl-binding proteins in mammals and plants. Profiling of their binding activity throughout the genome can be performed using ChIP-Seq, identifying the epigenetic signatures that they recognize. By targeted disruption of these readers and genomic profiling (e.g. RNA-Seq, whole genome bisulfite sequencing) of their role in deciphering methylation patterns to affect transcriptional regulation or downstream epigenetic alterations can be investigated. 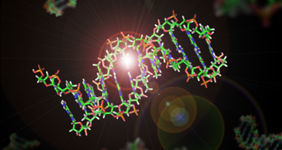 Can we develop molecular tools to deliberately and specifically engineer the epigenome, in order to correct its dysfunction in diseases or manipulate genomic and cellular activity?

Disruption of normal epigenetic information has been linked with numerous human pathologies, including cancer, aging, developmental and mental defects. However, excluding chemical treatments that induce genome-wide disruption of DNA methylation patterns, we effectively remain spectators of the epigenome, lacking the ability to deliberately and precisely alter epigenetic marks.

Development of molecular tools designed to accurately target highly localized changes in DNA methylation state in the genome would provide powerful tools for both correcting aberrant epigenetic marks in human disorders while minimizing off-target effects, precision non-genetic alteration of gene expression in plants, and creation of synthetic epigenetic switches for controlled and reversible modulation of transcription.

Epigenome dynamics in response to a challenging environment 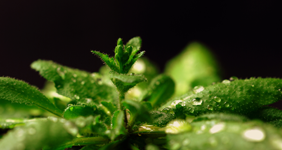 Can the environment leave indelible epigenetic marks upon the epigenome? Can organisms acclimate to a challenging environment by altering the epigenome? While a handful of studies have identified localized changes in DNA methylation in plant genomes in response to abiotic stress, no comprehensive analysis of the variability of plant DNA methylation under stress conditions has been conducted. Armed with the tools to profile the epigenome and transcriptome throughout the entire genome, a new frontier is to determine whether plant DNA methylation patterns change in response to various stress conditions, and the role these changes may play in transcriptional regulation of the stress response. As vegetative cells of a plant ultimately form the reproductive germline later in the lifecycle, it is possible that stress events perceived during the life of a plant that induce epigenetic changes may be transmitted to the next generation. 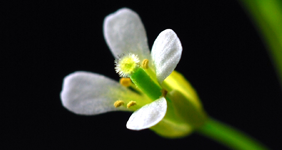 The lack of defined in vitro cell cultures representative of distinct plant cell types has largely precluded the identification of cell-type specific methylation. Consequently, the prevailing notion of a largely static plant methylome, in contrast to mammalian DNA methylomes, is potentially a misconception due to past experimental limitations. Using the INTACT (Isolation of Nuclei TAgged in specific Cell Types, Deal & Henikoff 2010, Dev Cell) technique, we now have the means to systematically isolate and profile the epigenomes of a wide range of Arabidopsis cell types, revealing the dynamics of the epigenome throughout a plant and during development, cell-type specific responses to stress, and its role in affecting cell-type specific transcriptional activity.